The gateway of your mouth should have 3 keys. Is it true? Kind? Necessary?
Posted by bethyada Time 23:00 No comments:

Forbes has an article on David Green, a billionaire who has bankrolled the popular youversion app.

Much of his philanthropy is directed at distributing biblical literature,


Through foundations he supports, he has already distributed nearly 1.4 billion copies of Gospel literature in more than 100 countries, mostly in Africa and Asia. The OneHope Foundation targets children age 4 to 14 with Scripture tailored to them, while Every Home for Christ sends evangelists with Bible booklets door-to-door in some of the poorest countries on Earth.

The temptations of wealth are significant, and one should not seek the world in exchange for his soul (Matthew 16:26). But what if you seek the kingdom and in the process God blesses you with wealth. There are several biblical examples such as Abraham, Job and Solomon. There are moderns such as George Muller. A well known New Zealand example was Robert Laidlaw.

[Freedom] is the delicate fruit of a mature civilisation. 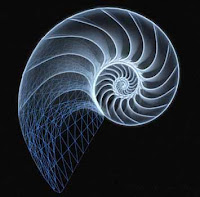 In the Fibonacci series if the nth term is a prime, then n also is prime (except n = 4).

Email ThisBlogThis!Share to TwitterShare to FacebookShare to Pinterest
Labels: mathematics

Just so two people may be at the same spot in manners and behaviour, and yet one may be getting better and the other worse, which is just the greatest of all differences that could possibly exist between them. 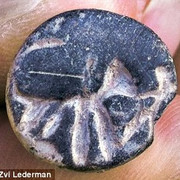 Israeli archaeologists recently discovered a coin, dating from the 11th century before Christ. It depicted "a man with long hair fighting a large animal with a feline tail."

I am not fully convinced but would be interested in further detail.
Posted by bethyada Time 08:00 No comments:

In your faces evolutionists

We have been long told that most of the DNA we have is junk, useless leftovers with no function after millennia of mutation and selection. Apparently only gene coding DNA is functional. Thus it was in the 1980s, and 1990s, and even 2000s though some of the more astute were suspicious.

The creationists were more circumspect. Perhaps gene coding DNA was a small component of the genome but, they protested, all that DNA is there for a reason. We are designed and we are very complicated. Our lack of knowledge does not preclude that the rest of the DNA is functional, we just aren't finished looking. So the junk DNA scenario was disputed by creationists decades ago. Pseudogenes, they said, probably had a function and were not left over relics from our primate, mammalian or reptilian past. Other codes beyond the triplet codon to amino acid likely existed.

This week Nature published 6 papers of several they aim to publish on the ENCODE project, along with other related material at their site.

The publication has made this news though much of this kind of information has been known to several researchers. The importance of introns has been known for some time. That polymerases produce far more RNA than is translated into protein is documented, even if the reason the this has been elusive. Gene regulators and promoters have been known of for decades, though it turns out that enhancers do not exist solely adjacent to the gene, but at distances of hundreds of thousands of bases distant. Why? Well because the 3 dimensional configuration of DNA means that a distant "file" location may happen to be physically nearby.

Interestingly the design advocates were long claiming unknown function for junk DNA. After all, while a few mutations have accumulated since creation, 95% of our genome housing junk is not consistent with design, even broken design. Creationists were dismissed, but it turns out they were correct all along. And the evolutionists who insisted that our genome was predominantly junk are left looking the fool. So much for the off quoted adage,


Nothing in biology makes sense except in the light of evolution.

Though I don't expect them to be questioning their dogma soon, rather adding some evolutionary spin,


Why evolution would maintain large amounts of 'useless' DNA had remained a mystery, and seemed wasteful. It turns out, however, that there are good reasons to keep this DNA.

There are a variety of ideas about how and to what extent that God inspired the text of the Bible. I hold to a moderately common belief, that of plenary inspiration.

Plenary (complete) inspiration carries the idea that God inspired all of the Bible. That God was involved in overseeing every item of Scripture, that is the Bible includes both the history God wanted included as well an the theology that it contains therein.

Some people add the adjective "verbal", that God oversaw even the words that were chosen. I don't subscribe to such a view, nor do I see how it differs much from the dictation view. Though advocates of verbal plenary inspiration do nuance that God inspires the content taking into account the attributes of the human author such as his writing style, level of education, culture.

Though the verbal plenary view is reasonable, my objection to it is that I do not think this is required by Scripture, nor do I think it happens to best explain what we find in the Bible text. Further, I think that God uses men for his purposes extensively. God voluntarily limits his actions at times based on the activities and prayers of his servants. This includes those whom God used to author Scripture.

I think that godly men frequently recorded events that they were aware of. Theoretically this could mean that an author included events that another author (had God used another) may have left out, or may have given in more detail. I do not intend to imply that Scripture is arbitrary. God's plan for redemption involved Israel, and much of the history of Israel would have been included in any resultant Bible. And I think much is included in Scripture to broaden understanding. But if we had more authors of psalms, or the psalmists had written poems about different events, or not written some at all, then there may have been differences in what we call Scripture.

Other examples may include which proverbs of Solomon were chosen, or proverbs of other wise men, which churches the apostles wrote to and what they addressed. Letters were occasional, that is written in response to issues that arose. While the issues are likely to have some similarities from church to church, the specifics may have meant that letters could have differed from what we have.

One could even consider how much of what a prophet said to his hearers was written down: however given the nature of divine pronouncements via prophets I think the prophetic books have less scope for variance, and I wonder if they are quite exhaustive in what they include.

The occasional nature of letters and prophecies means that the Bible contains much of what it does because of the actions and decisions of men. God works out his purposes, but God's response to David's sin is conditional on David sinning. If central characters of biblical history had made different decisions then the specifics of the Bible text would be different, though still theologically true.

However, even if personal actions were not markedly different I think the specifics could still vary based on who God used to author the Bible, and what such author chose to include.

Given my perspective above, in what way do I consider God the author? Firstly, I think God moved men to include specific events, that is, God ensured that the events he wanted recorded would be included by someone. Secondly, God gave them insight on the correct interpretation of events: why certain events occurred; their supernatural explanation. Thirdly, God prevented writers from authoring error. The first is inspiration, the second inspiration and inerrancy, the third inerrancy.

Taking blogging as an example. It is possible that I could I could write a post based on a topic that I think God wishes me to address, that in fact he does wish me to address. In that sense the particular post would be inspired. It may be that I have a take on the topic (even an uncommon interpretation) that happens to be correct. It is also possible that I could write a post that was without error. Thus the particular post would be inerrant. This does not necessarily make me inerrant, it may be that I was wanting to include a paragraph  that is not quite true but then decide not to include it. Such restrictions would be consistent with plenary inspiration. Yet even considering all these restrictions it is clear that such a post could still be written in a multitude of ways, all of which cover the topic and do not include error. And this just by one author, another author could write quite differently.

The same could be said about a book, or a sermon. Not that such blog posts, books, or sermons should be added to the canon.

What this means is that there is some range of what could have been in our Bible. Our Bible is still reliable because it includes things God wants us to know, and it is without error so we can trust it whenever it touches on a specific topic.
Posted by bethyada Time 20:00 2 comments: