Did Charles Darwin recant his theory of evolution? 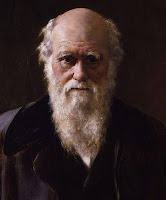 Creation.com has an interesting article about Charles Darwin's (1809–1882) last days. Russell Grigg reviews the idea held by some that Darwin recanted his theory and became a Christian before his death. Grigg reviews Lady Elizabeth Hope's (1842–1922) recounting of her meeting with Darwin in 1881 (which was first published in 1915), and two books about the topic: Darwin and Lady Hope: The Untold Story by L. R. Croft and The Darwin Legend by James Moore.

It is a thought-provoking read. Grigg concludes that Hope's recount is honest, though the account does not necessarily say that Darwin recanted his ideas, nor can it be concluded that Darwin became a Christian—the article does not mention it, but it is useful to remember Darwin studied theology as part of his arts degree; this may be relevant in interpreting what Darwin was saying to Hope.

Grigg does not think it is likely Darwin became a Christian. He also thinks Darwin subscribed to his theory of the origin of species by natural selection and the descent of men from apes till his death.

Thus Hope's account is accurate from the conversation had, further Darwin may have vacillated in his conversations.
Posted by bethyada Time 08:00