Should Christmas be in June? 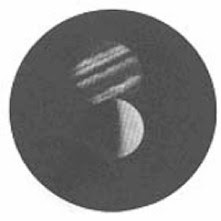 The Daily Mail had an article last week claiming that Jesus was born on June 17.

Scientists claim the Christmas star was most likely a magnificent conjunction of the planets Venus and Jupiter, which were so close together they would have shone unusually brightly as a single 'beacon of light' which appeared suddenly.

Mr Reneke says the wise men probably interpreted it as the sign they had been waiting for, and they followed the 'star' to Christ's birthplace in a stable in Bethlehem, as described in the Bible.

Generally accepted research has placed the nativity to somewhere between 3BC and 1AD.

Using the St Matthew's Gospel as a reference point, Mr Reneke pinpointed the planetary conjunction, which appeared in the constellation of Leo, to the exact date of June 17 in the year 2BC.

Although it somewhat simplifies the matter, the article may be correct. It has long been debated when Jesus was born, and they are right in that it probably wasn't December 25. There is much that can be gained from a close reading of the nativity accounts in Matthew and Luke. Readers that have joined me this year may be interested in a post I wrote last Christmas titled "Getting the facts of Christmas sorted." The only thing I would change would be my comment about the stable.

The Mail article is incorrect about generally accepted research and the date of Jesus' birth though. While I agree with the timeframe suggested; many, and possibly most, date Herod's death in 4 BC and Jesus' birth, which antedates this, circa 5 or 6 BC. I think Jesus' birth was in 2 or 3 BC and that 1 BC is a more likely date for Herod's death.

The astronomical data (eclipses and catastrophic events aside) is very firm. We can be sure about the dates of various conjunctions. What is more difficult is knowing which astronomical events correspond to which terrestrial events. I think a reasonable argument can be made for Jesus' conception occurring 3 BC September 11, his birth 2 BC June 17 (281 days, 15 days longer than usual), and the visit by the Magi 2 BC December 25.

Here is a presentation of the conjunctions during 2 and 3 BC. The June 17 conjunction is the last one shown; that of Venus with Jupiter near the star Regulus.
Posted by bethyada Time 20:00