Life magazine ran an article on some of the dumbest inventions in the 20th century.

I found the caption to this one amusing. 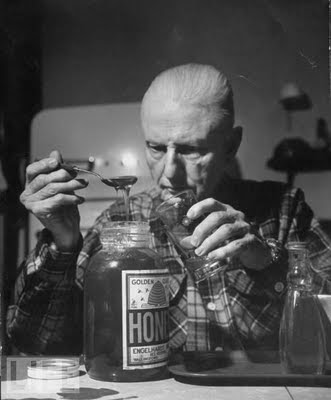 Inventor of a honey and vinegar mixture, called Honegar, Dr. DeForest C. Jarvis. Honegar was said to be a folk remedy for aches and pains, though it mainly sounds like a cure for lack of nausea.
Posted by bethyada Time 21:00