A bent in our hearts 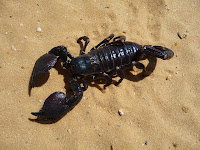 It has been said that the Fall of Man is the one doctrine of Christianity which is evidently true. It is certainly important and foundational to Christian theology. Yet I think it is misused by some believers to imply that all actions are intrinsically evil.

Jeremiah tells us the heart is deceitful


The heart is deceitful above all things,
and desperately sick;
who can understand it? (Jeremiah 17:9)

And Jesus called his interlocutors evil (Luk 11:13). Yet I have seen this used to argue that people do not seek the best for others, or look for the best in others.

I once said to an unbelieving friend that I think people are intrinsically evil, yet I look for the best in them; and that she thought people were intrinsically good, yet looks for the worse in them. She affirmed this assessment. This illustrates an important distinction that is often missed.

This distinction may be described as the difference between ontic-evil and praxic-evil. The Fall established a bent in our hearts. We desire wrong things, our motives are mixed, we reason incorrectly at times, we rationalise, we justify ourselves. The essence of being is broken and evil dwells there. Ontic-evil.

Yet we are also made in God's image. This image remains—though marred. So while we struggle against base desires not everything we do is intrinsically evil. Men do righteous acts. Moreover, some men are called righteous by their constant choice to do good.

Even the passages in Jeremiah and Luke establish this. Jeremiah says,


“Blessed is the man who trusts in the Lord,
whose trust is the Lord.
He is like a tree planted by water,
that sends out its roots by the stream,
and does not fear when heat comes,
for its leaves remain green,
and is not anxious in the year of drought,
for it does not cease to bear fruit.”
The heart is deceitful above all things,
and desperately sick;
who can understand it?
“I the Lord search the heart
and test the mind [lit. arm],
to give every man according to his ways,
according to the fruit of his deeds.” (Jeremiah 17:7-10)

Despite having an evil heart a man can trust the Lord. God tests our mind to see if we act rightly; literally "arm" which may suggest God looks at what we do. Jesus specifically says that evil men can do good actions, indicating how much more will a good God do good things.


What father among you, if his son asks for a fish, will instead of a fish give him a serpent; or if he asks for an egg, will give him a scorpion? If you then, who are evil, know how to give good gifts to your children, how much more will the heavenly Father give the Holy Spirit to those who ask him!” (Luke 11:11-13)

It is false to claim that all our actions are evil because we are intrinsically evil. We can wish for the best for others, we can act selflessly at times; and to assume that our friend or spouse wishes the best for us is not a denial of the fallen state of man.

Some may argue that we are saved by faith not works thus our acts are not truly righteous. And what are we to make of Isaiah's declaration?


We are all like one who is unclean,
all our righteous acts are like a menstrual rag. (Isaiah 64:6)

Taking Isaiah first, it is likely he is talking to the unrighteous, or those who are doing unrighteous things. Even this man's "righteous" acts are not righteous. Compare God's disposition to the righteous man earlier in this passage,


You meet him who joyfully works righteousness,
those who remember you in your ways. (Isaiah 64:5)

As to salvation by faith, this is true. Belief is righteousness


Abraham believed God, and it was counted to him as righteousness. (Romans 4:3)

A man who trusts God is indeed righteous. We have faith in God and God saves us. We still do works of righteousness, the issue is not that we don't work, it is that we don't earn (Eph 2:10; Tit 3:5). Remembering the distinction between ontic-evil and praxic-evil, we do good works but our nature remains fallen. As such, no amount of good works (praxic-good) are able to remove the sinful nature (ontic-evil). The core of our being needs to be made righteous.

People, believers and unbelievers alike, do all manner of righteous and unrighteous acts. It is false to claim that humans never do right things, even when viewed from God's perspective. But we are all sinful at the centre of of being, we all need a saviour.
Posted by bethyada Time 18:00