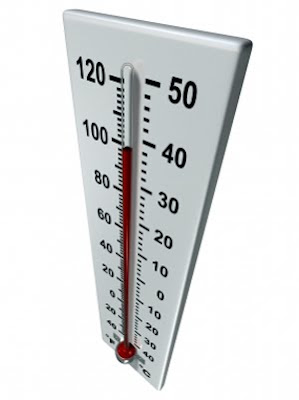 NIWA offer as their explanation for the temperature adjustments the paper
Though they do not link to it nor give a digital object identifier (doi:10.1002/joc.3370130807).

Methods are presented for estimating the effect of known site changes on temperature and rainfall measurements. Parallel cumulative sums of seasonally adjusted series from neighbouring stations are a useful exploratory tool for recognizing site-change effects at a station that has a number of near neighbours. For temperature data, a site-change effect can be estimated by a difference between the target station and weighted mean of neighbouring stations, comparing equal periods before and after the site change. For rainfall the method is similar, except for a logarithmic transformation. Examples are given. In the case of isolated stations, the estimation is necessarily more subjective, but a variety of graphical and analytical techniques are useful aids for deciding how to adjust for a site change. (Emphasis added)

I did not fully follow all the maths in the paper. It was not particularly complex but I would need to spend some time doing examples to completely grasp it.

In the introduction they define "site change",

We use the term site change to mean any sudden change of non-meteorological origin. Gradual changes can seldom be assigned with any certainty to non-meteorological causes. Where long-term homogeneous series are required, for example, for studies of climate change, it is best to choose stations that are unlikely to have been affected by gradual changes in shading or urbanization. This is no easy task. Karl et al. (1988) have concluded that urban effects on temperature are detectable even for small towns with a population under 10000.

...This paper is concerned with the estimation of site-change effects when the times of changes are known a priori, such as when the station was moved or the instrument replaced.

The paper predominantly discusses adjustments to data when there are site changes and there are surrounding overlapping data sets (nearby thermometers) that can be used to assess whether there needs to be adjustment.

Later in the paper when discussing sites that have no overlapping data the authors state,

Such an adjustment involves much greater uncertainty than the adjustment of a station with many neighbours. A greater degree of subjectivity is inevitable. In the absence of corroborating data there is no way of knowing whether an apparent shift that coincides with a site change is due to the site change or not. However, several statistical procedures can be used alongside information on station histories to assist in the estimation of the effect of a site change. These include graphical examination of the data, simple statistical tests for detecting shifts applied to intervals of different length before and after the site change, and identification of the most prominent change points in the series independently of known site changes. Finally, a subjective judgement must be made whether to adjust the data or not, taking into account the consistency of all the graphical and analytical evidence supporting the need for an adjustment and any other relevant information.

Moreover when they apply this adjustment to a station in Christchurch to demonstrate their method comparing with the more accurate method used earlier in the paper they significantly over estimate the difference,

In their conclusion they note,

Adjustments for site changes can probably never be done once and for all. For stations with several neighbours, the decision to adjust for a site change usually can be taken with some confidence. The same cannot be said for isolated stations. However, large shifts can be recognized and corrected, albeit with some uncertainty. Ideally, for isolated stations, tests for site change effects would be incorporated into the estimation of long-term trends and periodicities as suggested by Ansley and Kohn (1989). This is not practicable at present on a routine basis, but may be in the future.

Whatever adjustment procedures are used, the presence of site changes causes an accumulating uncertainty when comparing observation that are more distant in time. The cumulative uncertainties associated with site change effects, whether adjustments are made or not, are often large compared with effects appearing in studies of long-term climate change. For this reason it is a good idea to publish the standard errors of site change effects along with homogenized records, whether adjustments are made or not. This would help ensure that, in subsequent analyses, not too much reliance is placed on the record of any one station. (Emphasis added)

Ironically, the methods suggested in this paper do not include the method used by NIWA in defending their Wellington data.
Posted by bethyada Time 13:00